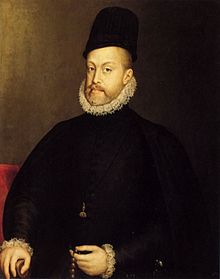 The prospect of open war with Spain moved very close in 1585. Philip of Spain and Henri signed a secret treaty of Joinville. The treaty of Joinville gives de Guise 500,000 Spanish ducats a year in return for a pledge to use forces of the catholic league. This was to subver Henri lll and prevent Henri of Navarre from succeeding the French Throne. Walsingham and Elizabeth heard news of the treaty by March 1585. The treaty has threatened to confront England. Queen Elizabeth was to cement loose bonds with Dutch rebels into a alliancnd suspend all trade with the Spanish Netherlands. The wall of Spanish-ruled-or dominated territories from Rhine to Adriatic. The Dutch Rebels were Queen Elizabeth's only allies. John Casimir had no navy and could offer little and against the Armada. The Dutch fleet was armed. The Shallow drought fly boats prove invaluable assets in maze of shallows and shoals off the coast of Flanders through Parma's invasion
force would pass. 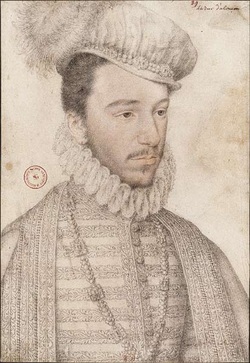 Henry VII, founder of the Tudor dynasty and ruler of England from 1485-1509, earnestly supported the growth of the English merchant marine.  He expanded trade ties with Spain via exports of wool to the Iberian Peninsula which Spain shared with Portugal, and he fostered commerce with Spain's rapidly expanding empire in the Americas, which over the course of the 16th century would introduce England to numerous products from the New World.  Henry also spurred interest in exploration by chartering the first voyages of John Cabot to Newfoundland in 1496-7.  Cabot claimed North America for England, but Henry was careful thereafter not to encroach on claims advanced by Spain and Portugal in the Western Hemisphere, a policy also followed by his son and successor Henry VIII (ruled 1509-1547). The elder Henry cemented the two countries' growing trade and diplomatic relations with an Anglo-Spanish dynastic alliance, through which his first son Arthur and then, upon Arthur's premature death, his second son Henry were married to Spain's Catherine of Aragon.  The wedding of the future Henry VIII and Catherine would inadvertently have momentous consequences, for it was Henry's desire to divorce Catherine which engendered the crisis that led to Henry's break with the Roman Catholic Church in the 1530s.  Henry had also quarreled with Holy Roman Emperor Charles V, who counted Spain among his many dominions.  The political strife with the Emperor was exacerbated by England's progressive drift from Papal Authority and the country's increasingly Protestant character late in Henry VIII's reign.  However, Henry averted a breach in Anglo-Spanish relations by allying with Charles in a war against France in 1543.